Infinix Mobility want to join the 6gb RAM specialists by producing a smartphone with that feature. A GFX Benchmark listing has revealed more features of the upcoming Infinix smartphone called Infinix X603. Though the name wasn’t specified but we have a clue here; since the Note 3 had the code name, X601. It suggests that this yet-to-be announced device could be Infinix Note 4 or Note 4 Pro and it’s scheduled to be launched next week. 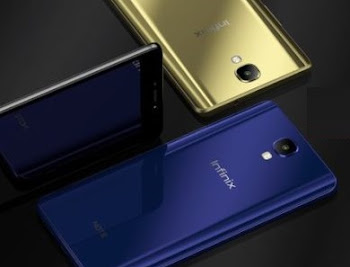 Well, the highlight features of this phone is the 6gb RAM which is massive and awesome for multitasking. Also the benchmark information shows that the X603 runs Android 7 Nougat, has a 6-inch display (Phablet) at 1920 x 1080 pixels resolution, a MediaTek MT6757CD (Helio P25) octa-core processor clocked at 2.3 GHz, and 64 GB internal storage.
Also Read  Tecno Camon Cx first system update

In terms of camera, it has a 12 megapixel rear camera and 5 megapixel front-facing camera. However, the GFXBench listing specifies “Android 7 Nougat Transsion Edition”. One has to wonder what that means, considering that the Transsion Group produces smartphones with at least three different flavours of Android – HiOS for TECNO smartphones, XOS for Infinix smartphones, and another lightly skinned version for iTel smartphones. 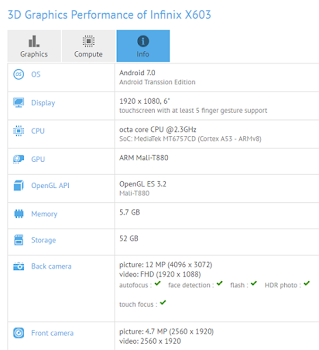 The smartphone is almost here as it’s tipped to be announced by next week and officially available in subsequent weeks.

What do you think about this beast of a phone?